Annette Borkent and Ruth Brighouse, directors of the Safe Motherhood Project in Guatemala, have recently returned from a week in Guatemala from Oct. 13-18th. It was very exciting to be in Guatemala, and officially employ a trained Guatemalan midwife, Cenaida Juarez, as the Coordinator of the Safe Motherhood Project. We have been training Traditional Birth Attendants in Guatemala annually since 2003 and Cenaida has been with the project since its inception. Cenaida is ready to take on a much larger role in the implementation of the training of the Traditional Birth Attendants in remote areas of Guatemala. It is very evident that this is a very important step in promoting the independence and self sufficiency of this project.

Although this will, for a time, make the project more costly to maintain, it will pave the way for much greater Guatemalan involvement and support. Cenaida’s primary task will be to train others who can teach the birthing course and who, in turn, provide support for local traditional birth attendants.

She will seek out leaders in a variety of communities in rural Guatemala and invite them to come to a “Train the Trainers” course next February. We will have a week of training and then facilitate these new instructors to teach the course the following week. Once they have returned to their villages, Cenaida will go to their towns at some point in the coming year, along with another one or two of our Guatemalan instructors, to assist them in teaching the course to traditional birth attendants in their own area. In short, she will develop a new and growing network of groups who will be teaching traditional midwives the needed skills of safe birthing and neonatal care. It will be great to have Cenaida use her great communication skills to help the project blossom in other areas of Guatemala.

Cenaida told us of the very real possibility of seeking an audience with important members of government and the Ministry of Health (she already has some strong connections). As this will be Cenaida’s employment, she will now be able to use her skills full time to seek support and obtain official recognition of this important course. She sees this as a golden opportunity as there are members at varying levels of government who have an interest in women’s health. These people were voted in last November and have a 4 year term. Cenaida will also link with other small NGOs involved in women’s health issues to see if we can work to enhance expansion of our training and coordinate some activities.

Our trip to Guatemala was an exciting watershed for us. Hiring Cenaida and encouraging the growth of the project with further leaders feels like a natural and progressive step in our continuing work with Guatemalan midwives. We are very fortunate indeed to have such a skilled and dedicated person like Cenaida in this official role and we look forward to exciting further developments.

We’ve come to the end of our time in San Pedro Sacatepequez-two successful courses teaching...

Happy International Women’s Day!  Yesterday we completed the first course of our visit this year.... 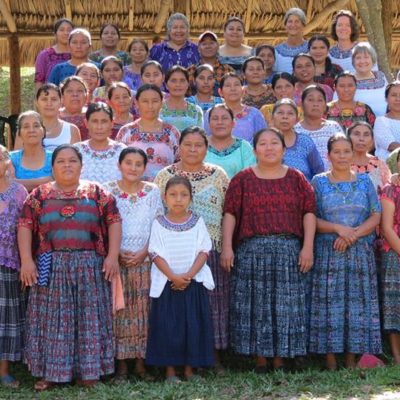 This year we spent 2 weeks in a small town called Chisec, in the Department... 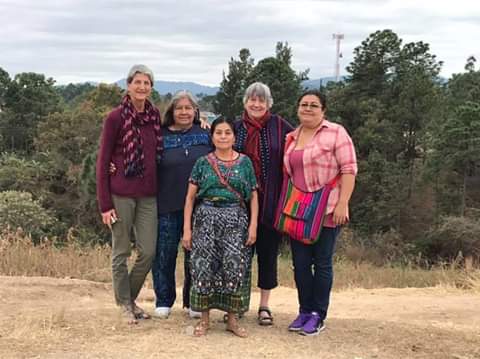 This February, our Safe Motherhood team was comprised of a Canadian doctor and maternity nurse...

Once again, we are in the midst of getting ready to head off to the...

This is an interview with one of our students, Victoria Isabel Lopéz Lopéz, from La...

I’ve added a detailed history of the Safe Motherhood Project and an outline of the...

This year the Safe Motherhood Project team will be returning to Nahuala.  We will run...